Purpose Of The 2nd Amendment

Posted on April 15, 2018 by Patriots Of The Republic Leave a comment 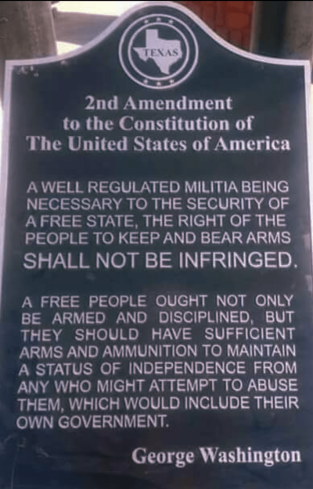 George Washington said it best: “a free people ought not only be armed and disciplined, but they should have sufficient arms to maintain a status of independence form anyone who might attempt to abuse them, which would include their own government.” 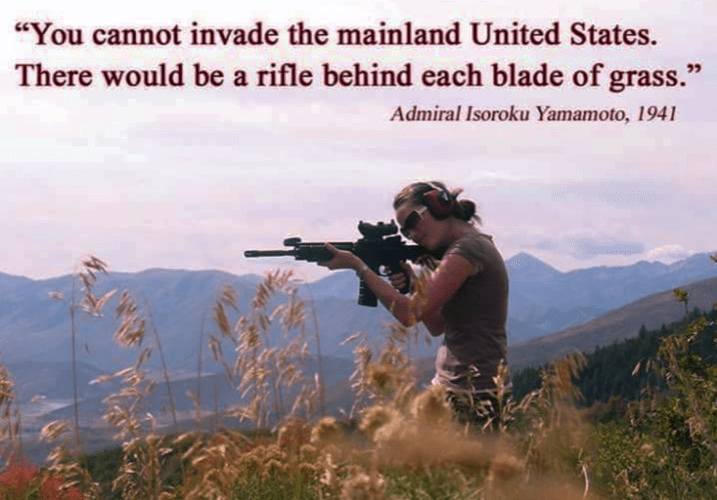 Japan understood this in 1941.  They could have continued on into the American mainland after smashing Pearl Harbor… but, they knew better.

To view the 2nd Amendment as just a simple thing for Hunting rights is to be willingly ignorant and blind to reality and history.  You really think, something so huge, like adding something as its own Amendment for a new nation of something so basic as hunting?  Thats like needing another Constitutional Amendment for the right to eat McDonalds or buy Skittles.  The Amendment is bigger than hunting.  And given the situation and the time of which it was thought of and discussed, hunting wasn’t an issue… freedom and self defense was THE issue.  Freedom FROM, and SELF DEFENSE FROM Government was and IS the issue.

To fail to grasp the true reason for the NEED and PURPOSE of the 2nd Amendment just shows how naive, spoiled, sheltered, and ignorant Americans are and becoming.  Enjoy your tide pods and hide away in your government approved safe place as you fear victimization.  When I carry, everywhere I go is a safe place and I wont be a victim of criminals, citizens, or governments.

This site uses Akismet to reduce spam. Learn how your comment data is processed.