The Government Will Protect Us

Posted on April 15, 2018 by Patriots Of The Republic One comment

First, The Government is run by humans.  The policies, committees, rules, laws, ordinances, paperwork, anything and everything government; is made and run by humans.  Humans are not perfect.  The Human heart becomes corrupted with power and control.  This is just a historical fact. 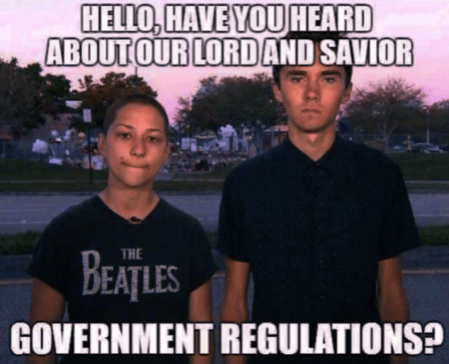 Before Communist Russia started going after its own people, they wanted to solve disagreements within their own government.  So, a seemingly innocent decisive ban was passed that restricted any opposition to the central committee policy; the ban on factions in 1921 by Joseph Stalin.  That was to silence opposing ideals.  Hu, starting to sound familiar.  Sounds like something these tide pod eating antifa jokes do at conservative speaking events.

Stalin then went on to arrest and execute people who disagreed with him and his parties polices- known as The Great Terror.  Stalin also seized farms and grains from people who he claimed opposed the ruling party.  Then spun it as ‘collectivism of agriculture’ for the betterment of the nation.  But, of course, under the protection of government and under its legal laws, 8.5 million people starved during the two major government caused famines.  The legal confinement of those who opposed Stalin in the Gulags, their deaths ranged from 12 to 14 million.

We can go on and on about the historical events of humanistic ideal of ‘collectivism for the greater good’ and how it always becomes corrupted by power and control which has always lead to the death of millions of its own citizens.  But, hey, at least the government protected all those who agreed with the majority ruling platform right?

‘What To Do With Those Who Oppose’ Clue:

When the government stops protecting those who it disagrees with… that is when things gradually change for the worse.  Then it starts to limit those of whom it disagrees with.  the control then is not enough and it has to exert power to suppress those who rise in opposition.  Then it must use that power to stop and prevent an uprising.  Which then leads to government sanctioned genocide.

The Seven Government Leaders and The Seventy Million Citizens:

We see this all through history.  The rise of Stalin, Hitler, Mao Zeodong, Yahya Khan of Pakistan, Pol Pot, Hideki Tojo, and Ismail Enver Pasha of Ottoman Empire.  These guys did not just wake up one day and tell their nations “Hey, I want to rule and kill millions of you”.  No, they slowly rose and convinced the people and the governments to give them the power.  Once having the power and control, these 7 government sanctioned  leaders killed over 70 million of their own citizens total.

Again, just these 7 people.  Rose to power.  Convinced (some times by force) the nation and the government to give them more and more control and power.  Thats like these guys killing off 20% of the U.S. population through the use of the government; laws and policies sanctioned by the very government that is suppose to protect all its citizens.

let us not forget the Native Americans (trail of tears), African Americans (slavery, Jim Crow), and Japanese Americans (WW2 internment camps) and what the government legally did for them in history, and American didn’t even have one single leader, the collective, the majority, caused the oppression of them through legal means of the government.

There was nothing to put their governments in check.  The opposition was silenced, exiled, banned, arrested, jailed, and executed.  But doing that to the check and balances did not happen over night either.  Over time, the people and those in the government were convinced of the need to restrict and silence the check system.

In America, there was a check and balance system, the courts. Which, because it is just another extension of government, also failed for the same reasons all the other branches of government failed; human nature.

The opposition was slandered, vilified, socially attacked, their ideas were not tolerated, their differences were not accepted, they could not agree to disagree; their careers were ruined, family and friends also attacked.  They were socially ostracized and marginalized; all while under the watchful eye of the nations leaders who would give the vilification an wink and nod.  People are not born to hate, but are gradually taught to.  The opposition as the taught target of the social and quiet government sanctioned hate.  Once the government directs the hearts and minds of the people to hate the government’s opposition; drafting the laws against the opposition becomes much easier because then you have the support of the sheep who are too ignorant to see where it is leading.  Kinda like Gun Control and ‘hate’ speech…

What is America’s sovereign check system?  No no its not the judiciary, or the separated branches; history proves they fail too.  What happens if one party takes over all branches… then what?  And that party then elects to have one leader of the whole party.   Then enact laws that restrict other parties.  Heck, even repeal or make constitutional modifications.  Who stops them when the police are obligated by law to detain anyone to openly or is accused of opposing the ruling party?  What good is voting when all the candidates carry the same ideologies and party support?  What good is protesting when the police can just legally arrest you for it?  At that point it is too late.  The control has already been given.  Now the power to enforce the control comes into play.

TRUE REASON FOR THE 2ND AMENDMENT:

The 2nd Amendment was written just for this occasion.  Which is always why the 7 leaders mentioned above also imposed restrictions on its citizens to posses firearms before showing any real intent and power.

Now again, the tide pod champions will argue that armed civilians do not stand a chance against big government armies.  These are the snowflakes that failed to understand why we have had such a hard time in Afghanistan.  They also failed to understand American history and the revolution.  See, the Taliban and the insurgent fighters came riding in on horse back with AK47 from the 1980s thanks to Russia and their failed attempted to rule.  MURICA has tanks, drones, night vision, and super crazy advanced devices of war… yet… the insurgents are a pain; for the greatest nation on planet earth.  Vietnam, we had Napalm, air space superiority, all kinds of new bombs, and machine guns.  Those Vietcong had what ever they could find.  How did that war go?  Great Britain, the most powerful force the world had ever known at that time in 1774 was taken on by its colonist.  We all know the result of that.  SO to ask what chance do citizens stand against powerful governments… I’d say a fairly good chance seeing as how a big chunk of citizens are ex military too and properly armed.  That is a good check and balance.

“But the government will protect us” 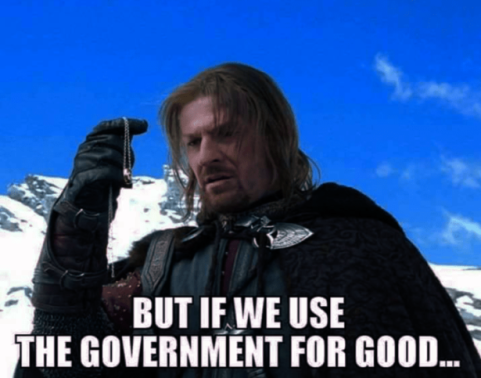 It is governments that becomes corrupted and kill its own people.  Far more than any mass shooting at schools, malls, and street corners.  If we allow the government and its leaders to remove or severely limit inherent protective means, such as the 2nd Amendment, that it is only a matter of time the unchecked leaders begin going down the road of history.

If you think a government can always be kept from corruption without inherent rights of its citizens of self defense than you are an ignorant ferry that would fail a real world history class that teaches more than Soros’ propaganda.  Go eat more tide pods in your safe space during your liberal arts class.  Government CAN NOT be perfect.  Government WILL NEVER be perfect.  Government unchecked is more dangerous than criminals on street corners.  Government is nothing more than HUMANS who are given authority, control, and power.

In States like Illinois with super strict gun control laws, Chicago has a massive murder rate.  In government ordered ‘gun free zones’, that is where just about all the mass shootings happen.  With all the complicated gun control laws, FBI checks, State checks, mental health assessments, even tipping off the FBI and local police departments; all failed to stop the Florida school shooting in 2018.  In London, where the gun control laws are far more strict than Illinois, the violence rate is worse than New York.  What all these historical facts prove is that the government CAN NOT protect us on an individual level, no matter the amount of laws it imposes.

This site uses Akismet to reduce spam. Learn how your comment data is processed.